Home
The Corner
The Genealogy of Kendrick Lamar: Mr. Morale and the Big Steppers is Rooted in Black Music

The Genealogy of Kendrick Lamar: Mr. Morale and the Big Steppers is Rooted in Black Music

The Genealogy of Kendrick Lamar: “Mr. Morale and the Big Steppers” is Rooted in Black Music

After a five-year hiatus, Kendrick Lamar’s release of Mr. Morale and the Big Steppers has Hip Hop’s head spinning and hearts open. This marks his final album under Top Dawg Entertainment (TDE). Collectively, the waves of the two-part album are and will be crashing into our consciousness for years to come. This resonance is not foreign to Kendrick’s fans. Yet, Mr. Morale’s depth reveals a confessional-style level of vulnerability that increases the must-listen-to factor.

The album enjoys its slate in the number one spot as early streaming totals roll in. Its production includes giants such as Pharrell, The Alchemist, and J LBS (J Pounds). Complementing this roster is an array of featured artists whose placement throughout Mr. Morale contributes to the record’s cohesiveness.

The birth of Hip Hop is an effect of several causes that marginalized Black and Brown families in urban cities across America.

The messages in the music of the mid-’60s and mid-’70s reflect that reality.

As industrialization bulldozed through communities, housing projects, crime rates, and substance abuse sprung up in neighborhoods traditionally tight-knit. A close examination of the world that birthed Hip Hop exposes those engulfed in its music to lessons of consciousness that extend across decades, genres, and artists. Kendrick Lamar’s genealogy includes those factors, linking him to innumerable artists and genres.

His west coast roots connect him to Sly and the Family Stone, a psychedelic soul San Francisco-based band that pioneered the funk that would eventually influence Lamar, his mentor Dr. Dre, and labelmate, The Game.

Sly and the Family Stone broke into pop music prominence with their 1968 hit single “Everyday People.” Off of their debut album Stand!, “Everyday People” was a response to prejudices of the time, popularized the catchphrase “Different strokes, for different folks,” and became a social anthem. Kendrick Lamar’s debut album Section.80 likens itself to Stand! for similar reasons. The musical vigor it took to birth Section.80 and its subsequent social consequence is embedded in the formula that caused Sly Stone’s popularity. When Stand! was released, the public acclaim was slow. Section.80 only sold 5,000 units in the first week. Regardless, both projects would eventually supply the momentum necessary to launch Kendrick and Sly into their respective atmospheres of musical influence.

Another artist in Kendrick’s genealogy is Gil Scott-Heron. Heron’s musical style and, inarguably, the foreshadowing of what Hip Hop would become, are detectable in Lamar’s storytelling texture.

Scott-Heron created a style of music that demanded full attention. Without many of the synthesizers and drum machines that would later become production staples, he laid potent rhymes over raw beats woven together by jazz melodies and diasporic drum patterns. A heavy focus in Gil Scott-Heron’s lyrics was his battles with drug addiction. The perspectives taken by Lamar and Scott-Heron reveal internal and external turmoil as they battle the effects of personal traumas conjunct with their relation to the world as Black men.

Scott-Heron’s most renowned poem, “The Revolution Will Not Be Televised,” is one of Hip Hop’s most distinguished muses. The track was a response to “When the Revolution Comes” by The Last Poets. Scott-Heron filled his bars with several examples of where the revolution will not be and tethered them to popular media, advertising, and products of the time. The proclamation was an admonition to Black people to be proactive about their liberation. Not without his personal social critique, Kendrick Lamar’s albums and singles often guarantee an address of political events past, present, and future. These can be heard in tracks like “Poe Man’s Dreams,” “Alright,” and “Mortal Man.”

Scott-Heron and Lamar shouldered the obligation, as truth speakers and searchers, to use their songs to shed light on political movements and current events disproportionately affecting Black and Brown communities. Throughout time and the release of several albums, Kendrick and Gil provided a window into events including, but not limited to, the #BlackLivesMatter uprising, South African Apartheid, and Ronald Reagan’s presidency. As Scott-Heron’s reign waned and Hip Hop began to gain traction up into the ’80s and ’90s, the genre generated sounds unique to coastal pockets across America.

Some elements are part of Kendrick’s rap lineage that picked up in the 90s and include artists like California-based Hieroglyphics, Souls of Mischief, and The Pharcyde, who got their start at the cultural Medina called the Good Life in Los Angeles — a countermovement to the popular subset of “gangsta rap.”

The soundtrack these artists provided became a staple in the various circles of Hip Hop’s emerging underground scene. Like other movements, germane to the diversity found on the east coast in the 90s, these artists flipped music samples from the 60s and 70s but chose to use a different level of music intelligence in their lyricism over drum breaks. These wordsmiths approached rap like Charlie Parker, Charles Mingus, and Thelonious Monk approached jazz.

The Souls of Mischief is renowned for bringing attention to the Bay Area and garnering the respect of New York-based Hip Hop heavy hitters. The Souls of Mischief could be considered the vanguard of making conscious rap cool. They also trailblazed the standard for independent artists owning all publishing for their debut album 93 Til Infinity and retaining 13.5% of the royalties as a concession for their record contracts. Business moves like this showed an alternative way to “do” rap business — setting up a historical model for K-Dot and the TDE crew that were independent before landing their major deal at Interscope.

When compared to The Souls of Mischief, Lamar’s popularity is comparative, respective to time. The lyrical command and sonic eclectic nature of both artists are weaved throughout their raps. The slow and steady status that both have earned in Hip Hop’s world was by design. If the Souls of Mischief are parents to Lamar, the kinship must be connected to their parent group The Hieroglyphics.

Kendrick is conjoined to a roster of artists (TDE) as diverse as the Hieroglyphics and popular as the Souls of Mischief, though he is a solo rapper. Kendrick Lamar’s style of rap also links him to the Souls of Mischief because both artists have an aptitude for making harsh realities easy to listen to and linguistically hypnotic.

The parallels between both of these musical camps are artistic and operational. Both entities placed ownership for economic mobility at the nucleus of their businesses. The Hieroglyphics’ origin is a friendship-turned music collective that began with a producer and artists. Top Dawg Entertainment (TDE) shares this formation too. The founder of TDE, Anthony Tiffith, was a producer before founding the label. The Souls of Mischief were discovered and nurtured by their Hieroglyphic guides, while TDE’s conglomerate is an alliance of artists that are solo acts, yet captivating in many of the ways that Souls of Mischief are.

Although Mr. Morale is much different from Lamar’s Bay Area predecessors, the content and purpose of storytelling are the same. The album addresses topics like sex addiction, drug use, homophobia, and more.

Tracks like “We Cry Together” put the listener in the front row uncomfortably, as two hurt partners spew barbed insults toward each other-seemingly incessantly. K. Dot’s provocation is present in all of his albums. Albeit difficult to hear, this is at the core of Hip Hop’s lure. His musical genealogy divulges a link to Gangsta Rap, G-Funk, and the controversy that ensued as social consciousness and cultural immersions clashed. Lamar, a Compton native, is enmeshed geographically and influentially in South Central LA.

LA’s sociopolitical encyclopedia of events is as expansive as the catalog of artists that represent the 2.25-mile-long city and its outlying neighborhoods.

A few years before the world heard Kendrick’s debut album, Section.80, The Documentary was released by The Game on Aftermath Records. The Documentary’s most popular singles, “Hate It or Love It” and “How We Do” charted well. The release of The Documentary was almost eclipsed by Game’s Blood gang affiliation and legal troubles, but the artist’s brilliance is still not to be diminished.

The Game is akin to Kendrick and the Souls of Mischief in that they all share a debut album that was slow to stick with Hip Hop fans but became classics.

Within The Game and Kendrick’s genealogy lies NWA and Dr. Dre’s debut first album, The Chronic. Both entities caused ripples in music for different reasons. NWA’s emergence is often contestably responsible for the “gangsta rap” subgenre while The Chronic was heavily criticized for being misogynistic and indignant. Currently, The Chronic is archived in the Library of Congress.

Society’s pull on Hip Hop artists has always been a muse for storytelling. Hip Hop is historically brasher and yet no less committed to truth-telling than “Follow the Drinking Gourd,” or Billie Holiday’s “Strange Fruit.”

Mr. Morale and The Big Steppers honors Hip Hop in this way. There exists a thread that links Kendrick to The Game, The Game to Dr. Dre, Dr. Dre to Ice Cube, and Ice Cube to The Souls of Mischief.

This inextricable connectedness allows for a depth of mapping that brings context and understanding to the listener.

This is necessary for the preservation of Hip Hop as the art form evolves rapidly. Kendrick’s genealogy reminds us of our own experiences as “Everyday People” and connects us to him and each other. These levels of relativity and honesty are at the root of Hip Hop’s longevity and what we expect from our artists, even when a disagreement about delivery exists.

dj sol is at the intersection of opinions, writing, and black music, you’ll find sol. when not there, she is grieving her inability to join parliament funkadelic or dj’ing bops from the 70’s-2010’s. her magic is sustained by creating art across mediums, framily, & dresses with pockets. 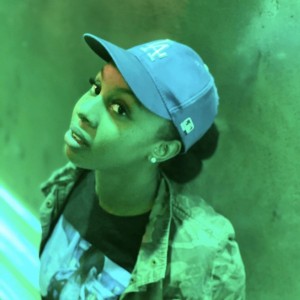