Borbay is a prolific painter whose creative roots took seed when he was a young person.

When asked why he wanted some of the paintings from his Hip Hop Series to have a home at Universal Hip Hop Museum, he plainly stated, “The reason that Hip Hop culture struck me when it did is because it’s about inclusivity and different people expressing themselves in different ways – art, sound, dance. To be involved in this was part of my foundation. To share my art with an establishment that is dedicated completely to this inclusivity and people’s various artistic expressions was my responsibility and my honor.”

Speaking for UHHM, we are grateful and honored. Thank you, Borbay.

What follows is a piece Borbay wrote for us to introduce him and his work to our community. To learn more about Borbay and his art, go to https://borbay.com.  — Kate

Five days before my 11th birthday I rode my bike, furiously, to Smith Haven, a mall in Lake Grove, NY on Long Island. The mall was unusually quiet.

Even from outside the front doors, the lure of the record store was irresistible. Once inside, I raced to the new cassette decks — grabbing Naughty By Nature’s self-titled second album. In high school, my Walkman blasted beats from Snoop to, Busta to the Beasties. In college, the weather was often challenging, so I’d bang out 20 miles on the treadmill with “Dre 2001” on loop. Entering the real world, I worked real jobs and unwound with Wayne’s mix tapes, Em, HOV, Aesop, Common, Wu-Tang, and anything curated by my brother Dan’s deft ear.

These years of passionate listening guided me toward living my true life. And on July 2 2009, I dumped my suits at Goodwill and became a full-time artist.

As the beats bumped, I began to explore a textual collage-painting style, wherein I would curate headlines from the New York Post and make an image emerge. Like a track, or even an album, you can look at the picture as a whole and take it in. But as you look, and listen closer, you can see a story. The story is not one of prose, it is one of poetry.

So, I rang in 2011, debuting my collage-painting of Jay-Z. As a kid who grew up on a cul du sac on Long Island, I wasn’t sure how it would be received. My fears were put to rest when I went to TheSource.com where HOV was front and center.

This was the first piece in my series of seven portraits, entitled, #KingsOfHipHop. My criteria: each had to release an album within the year, be active on social media, and possess a strong entrepreneurial vision. My goal: via painting, explore the lives and lyrics of legends.

The day after I signed the final portrait in the series, I stumbled upon a new feature written by Forbes scribe Zack O’Malley Greenburg: “The Hip Hop Cash Kings.” With my three-point criteria, I accurately predicted seven of the top eight Cash Kings, I reached out to Mr. O’Malley Greenburg, told him about the series I had recently completed, this. Each of the seven I predicted were shown at Publicis Modem’s Meatpacking District headquarters on September 15th, 2011. #KingsOfHipHop was a defining moment in my career.

Thus it is a great honor to have two of the pieces in this series now in the Universal Hip Hop Museum collection: Eminem and Diddy. “Shady Will Rainbow Flag It” painted by Borbay, 2011
used with artist’s permission

Marshall Mathers never minces words, whirring controversy from the moment Dr. Dre delivered him to the world.
His frantic lyrical style and theatrical presence have been my constant companions since high school.

Diddy, captured in black and white (an homage to his “White Party”), broke the mold, going from Biggie’s boy to a burgeoning billionaire. He dissected the business of music, and recreated it to elevate talent to the executive suite.

These artists, along with the other Kings, including Dre, Snoop, Wayne, HOV and Kanye, have given the world so much with their skills. To be even an infinitesimal part of their legacy through the Universal Hip Hop Museum is something I could never have imagined.

If you are interested in making a donation to the Archives and Collections, please email archivesmgmt@uhhm.org. If you would like to make a tax-deductible monetary donation, please do so here: https://uhhm.org/support-the-museum/

Kate Harvie is a contributing writer and the website manager for Universal Hip Hop Museum. She is the author of a book and writes for In Step Beauty. 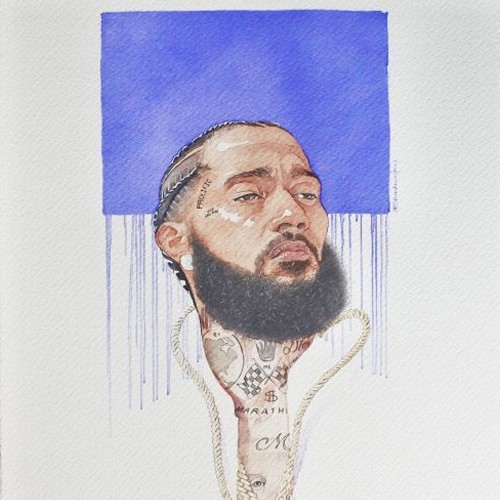